“Every life is in many days, day after day. We walk through ourselves, meeting robbers, ghosts, giants, old men, young men, wives, widows, brothers-in-love, but always meeting ourselves.”

I thought I would be able to write this up more quickly than this, but whatever.  Don't rush me.

I can't help but linger in files looking for data point treasure: the date someone arrived in America, the property distributed in an uncle's will, coats of arms, maps.

This is my happy place, watering the data and giving it some sunshine to make it bloom into a story.
Enough about me.  Back to the Patriot quest. 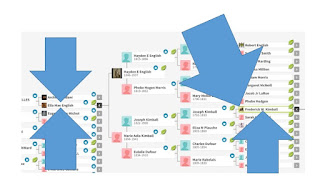 My favorite thing he did was participate in the brawling battle (which included eating the breakfasts the British left behind) at Eutaw Springs - the last major battle in South Carolina -  is credited for denying the British materiel supplies that were headed North.  Six weeks later, the British surrendered to Washington at Yorktown. 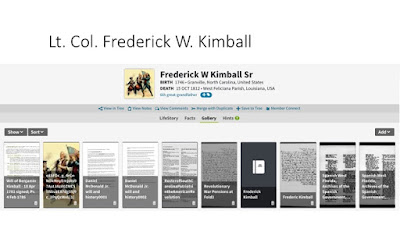 Here is the DAR file and ancestor number!!  PATRIOT #5

From what I've read (and omg I've been binging on 1780 and it's delicious), Kimball had British prisoners taken to his house. 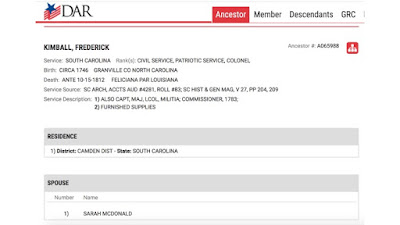 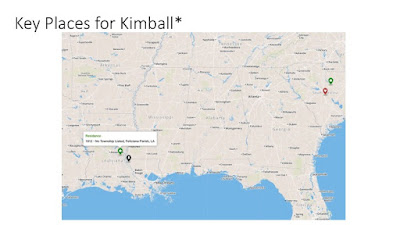 Here  is Frederick Kimball's father's will. 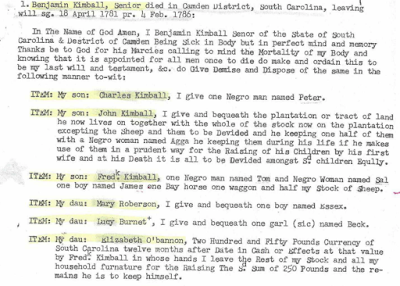 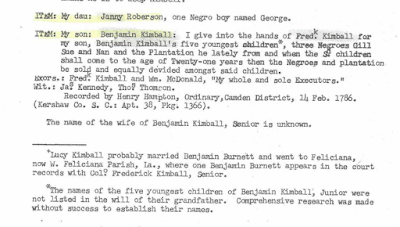 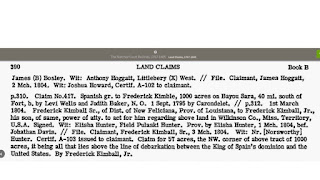 I cannot tell how he died, but it was months after the US joined the War of 1812.

In the hours I spent pouring over family documents I found a family history written by one of Frederick's grand-nephews that recounts his father growing up a Protestant English speaking family surrounded by French Catholic families.


I'm pretty sure the thing that brought them together was a mutual hate for the British ("Cajuns" were expelled from Acadiana in 1763 in Canada after the British won the 7 Years War) and a common culture of profiting from using enslaved human labor that fills.

Make sure you are keeping that in mind as you imagine the multilingual multicultural 19th Century Louisiana.

Here is a quick map and a few images of the Acadian Diaspora.

Please imagine their feelings toward the British as they were forced from their farms and churches and land and we will circle back to that later, OK? 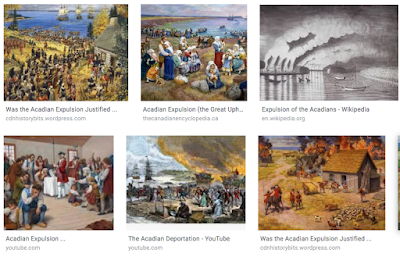 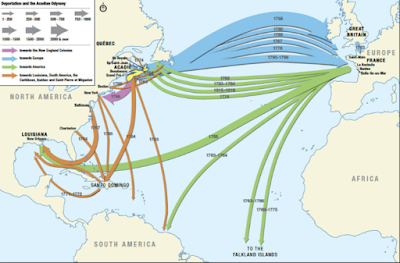 Kimball's new land in West Feliciana Parish is near  Avoyelles Parish, ground zero for this story because it's where Ella Mae English will be born in 1872. 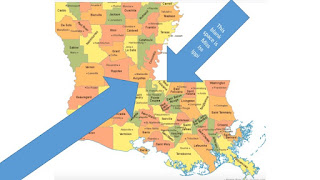 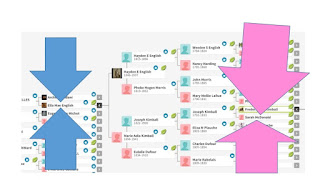 I have a hunch that a war hero might marry a daughter who's father also fought in the war (and on the same side, hopefully).

Daniel McDonald (b 1723 Scotland, d 1797 SC) has a DAR ancestor number, but no clear indication of how he served.

I'll keep searching for that, but until then I'm going to imagine that his family's fortunes were abundant and he liked fighting the British. 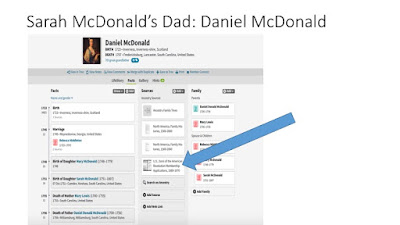 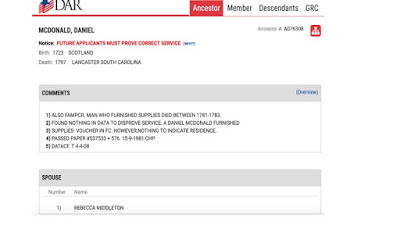 Here is Daniel McDaniel's 1797 Will -- I would not assign it if I didn't think it was crucial for you to read it.

Then go back and read Benjamin Kimble's will.

Maybe read them both again and take notes.

We can discuss it later.

Until then, I have a few more Patriots to unload on you. 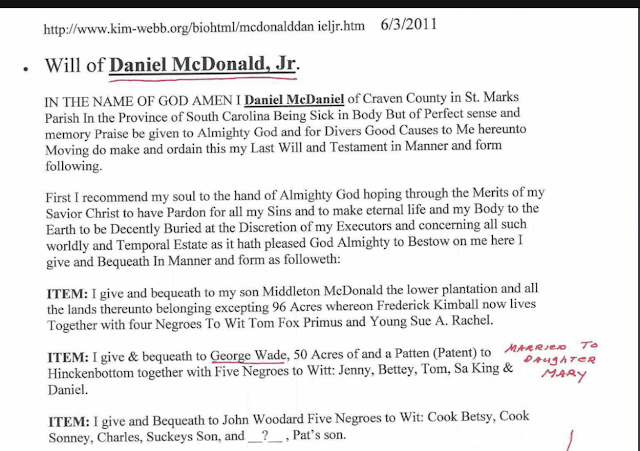 PS because you are still reading this, here is a bonus. The Last Will and Testament of Daniel McDonald's FATHER (b 1700 Inverness, Scotland d 1756 South Carolina), veteran of the 7 Years War. 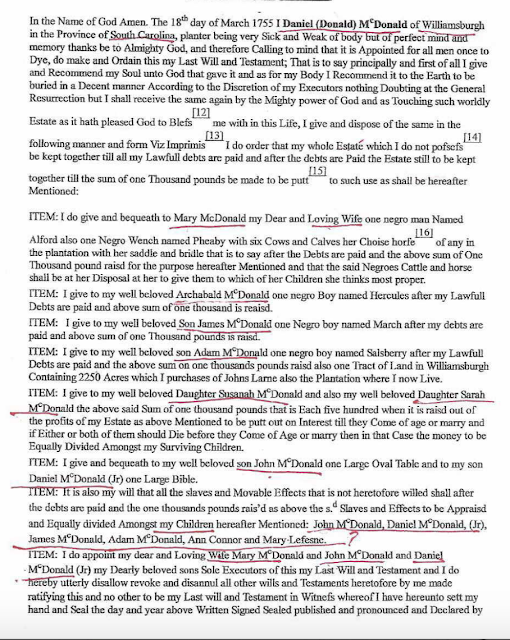 Wait wait, I have one more thing to show you then let's review the big point of this whole chapter.

Donald McDonald didn't even come here on purpose!! He was transported away from the British Isles as punishment for being a Jacobite.

Let go of any idea you had that everyone in history who came to America came here by choice.

The actions people took and the decisions they made based on displacement will play a crucial role in the forming of an American ("white American" there I said it) identity.