We have now covered six out of sixteen ancestors, and have already found the following: two recognized Patriot soldiers; Thomas Jefferson's great-grandmother; one file mentioned a person being Chaucer's 5th great-grandfather and I chased it like a dog races after a squirrel but I lost it.

A voice in me chimes that I should just finish the story already; there are other topics related to 2019 issues I could and should probably be writing about and my silence could be taken for complacence.

We can revisit that later. Trust me here. 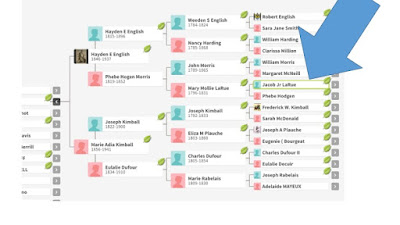 Born in 1769 colonial Virginia, Jacob LaRue Jr (1769-1851) joined many of his generation moving west of the Appalachians after the American Revolution.

He will die and be buried in Illinois -- a free territory and then a free state.  I will research this deeper, later, when I'm free from all the work that comes with being on vacation/sabbatical.

Phoebe's son Hayden English  (1815-1896) will move down the Mississippi River to Avoyelles Parish in Louisiana after the Civil War where he will meet and marry Marie Kimball, Ella Mae English's mother. 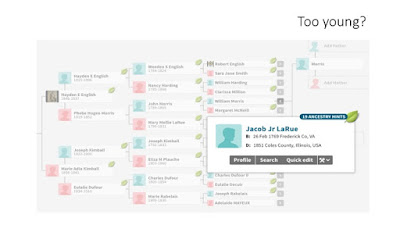 My inner editor shouts: This is all interesting, but show me the Patriot. 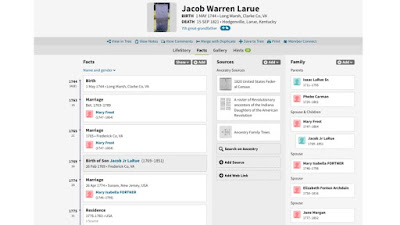 He didn't "fight" in the American Revolution in the traditional sense (bang bang boom, etc),

Maybe Jacob Sr. didn't have any weapons, maybe he was non-violent by choice.
The story will tell itself in time.

Here is Jacob Sr's file at the Daughter's of the American Revolution website, including his  Ancestor number.

Under Service Description it says "RENDERED MATERIAL AID" in all capitals.

See? People can make a difference without actually being soldiers.

Share what you have with people who need it. 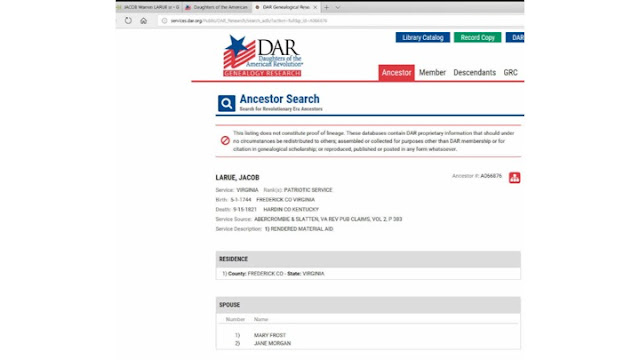 Jacob Warren LaRue Sr. is now officially my dad's Patriot #3 or #4 depending on how you count this.

Either way, I'm not even halfway done (but this is the last story for tonight).

Knowing that I had to look to Jacob's father to find the "Revolutionary generation," I clicked on Phoebe Hodges' father, Robert  Hodges (b.1742 Philadelphia - d. 1810 in Hodgenville, LaRue, Kentucky. 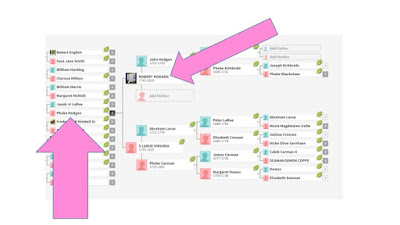 Robert Hodgen's file include data from the Son's of the American Revolution. 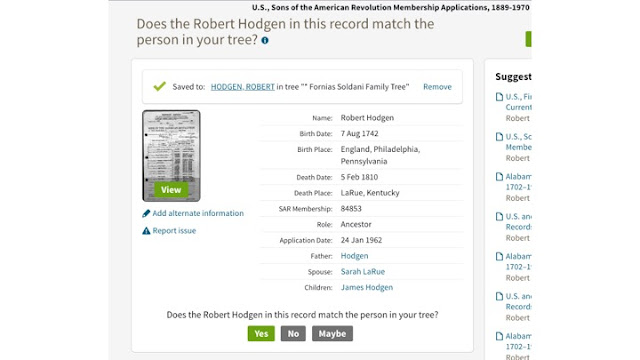 It doesn't mention his rank so I read it more closely and find out that Robert Hodgen was/is recognized as a Patriot because he "furnished the Continental Army with beef during the Revolutionary War." 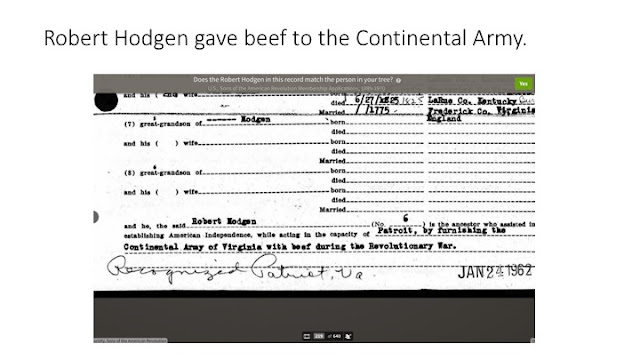 What a nice man, sharing his beef with the Army.

I'm proud to have found this.

I wonder if he knew Jacob LaRue Sr?

Is there a tangible explainable  reason they didn't fight  -- were they Quakers?

Were they both merchants employed by British monopolies?

Did they know each other and coordinate their support?  Did they talk about the war at Christmas with the grandchildren they shared?

So many questions to be filed away for later, for after I take you all the way to the ending I knew before I began writing any of this.