I keep looking and find more and more  evidence that Sylvester and Anthony Godance Soldani really believed they were Osage on their mother's side.

Perhaps he was told that by his stepfather (see "brought hither by his guardian" below in the article)  when he left they boys at a mission school.

Perhaps it was a convenient truth to believe, one that bore more fruit.

This lie will bring the brothers front and central as the Indian Territory becomes Oklahoma.

This lie will put the boys in a position to receive thousands of acres of headright land and quarterly allotment checks from the government as part of a settlement with the Osage nation.

This lie turns to brown gold when oil is found on their land. 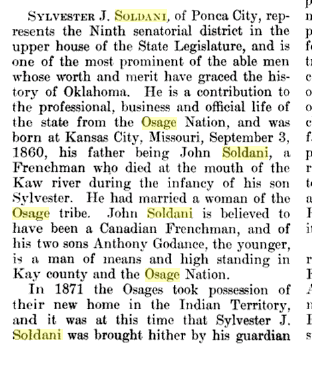 "None of the old full bloods were in any favor of allotment or a change of any kind. However, the intelligence of the tribe composed of they younger full bloods and mixed bloods, held a different view...." 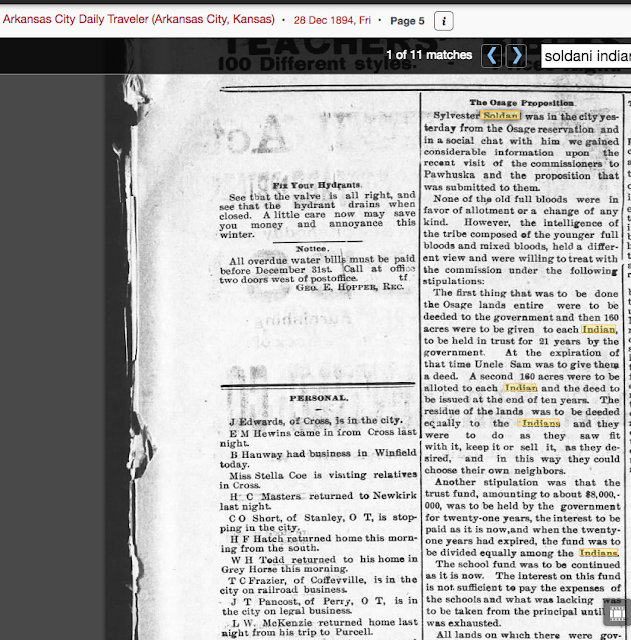 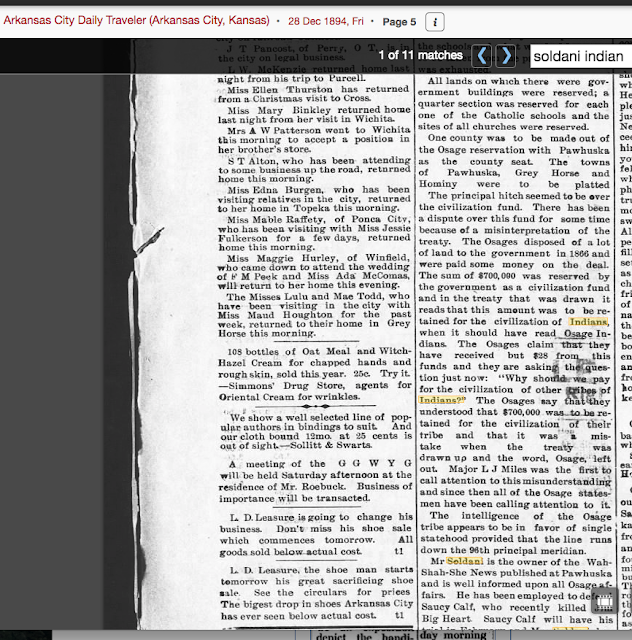 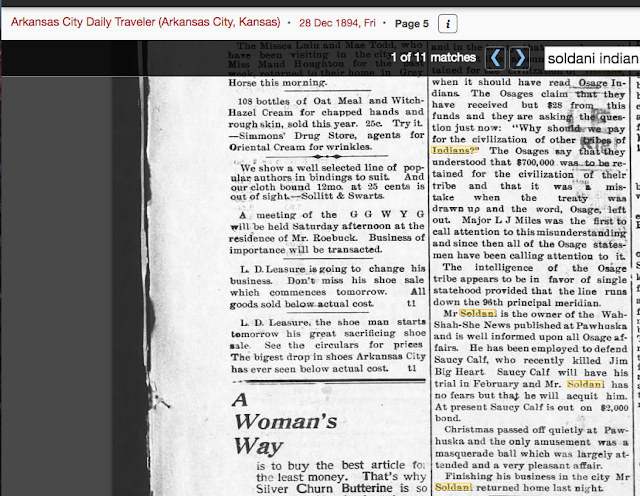