I keep researching with no goal in mind, just utter curiosity.

I read death certificates and divorce decrees and coroner's inquests.

I read asylum admissions and Sears Catalogs and newspapers from the 1940s.

I spend weeks reading Louisiana State Penitentiary Records, tracing my finger on the column “PUNISHMENT” which lists number of lashes, what they were for, and who administered them.  It is horrifying and overwhelming and I can’t look away. 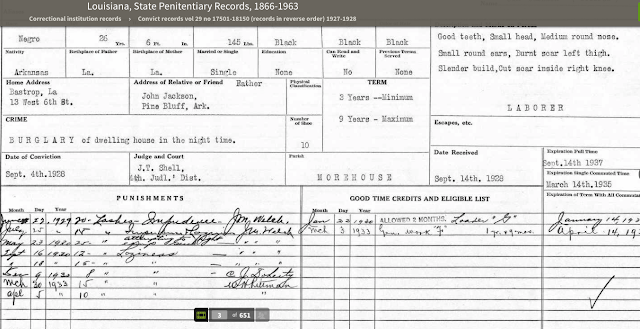 But then I find casefiles for California State Hospitals (1856-1923) and fall into that for weeks, noting which persons are indicated to receive surgery for sterilization.

I look up the physician performing the surgeries and find out why he sterilized more “low-grade females” than males.

Then I spent weeks swimming in files from the Tennessee Valley Relocation Authority Family Removal and Readjustment Case files reading dispatches from Caseworkers/SocialWorkers/social commenters about the living conditions and mental capacities of the persons affected by the Tennessee Valley project.
Pic 4
Pic 5

Then I helped bunches of students with their research and when a day arrived when there was nothing to grade I went back to my own tree and clicked around a bit.

I still wonder about Jean Soldani, I wonder if he is also John Soldaniels, I wonder if I looked hard enough and found every single the data point.

Records show that John and his wife Matilda Dufoure were married in 1859 in Jackson, Missouri and had two children – Sylvester and Anthony Gaudenz.

Matilda was born in Illinois to a mother born in Switzerland and a French father who was born in Detroit. 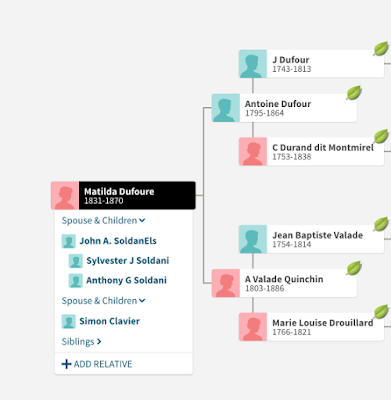 Matilda believes that Jean dies and puts his will into probate. She remarries, and here she is in the 1870 Census with her new husband Simon Clavier.

She dies later that year, and apparently he gets custody of the kids.

I decided to research those two and see if they brought me any clues.

Sylvester Soldani’s obituary brought me something I did not expect, something which historical data did not support, something I am now completely obsessed with. 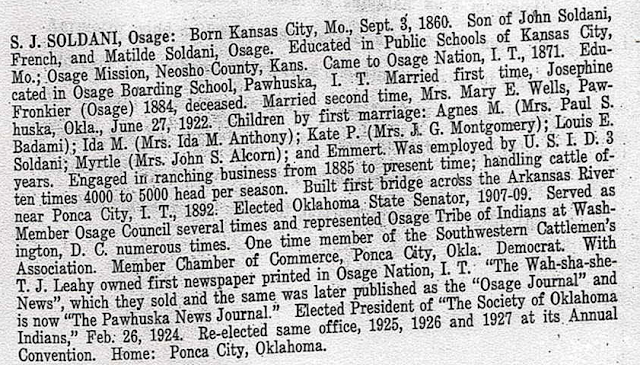 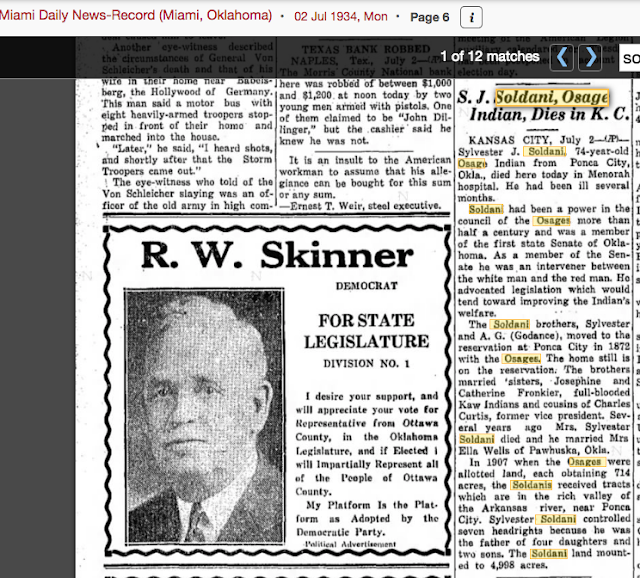