It starts with words. 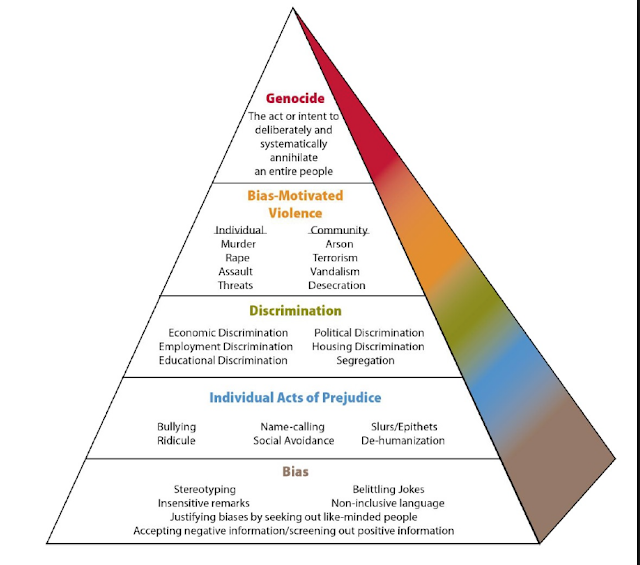 Millions of people have been studying and teaching this  for the better part of a century.

It isn't a secret.
Bias, bigotry and discrimination lead to violence.

It starts name calling, then identification and segregation, and efforts to turn the population against certain groups (Native Americans, immigrants seeking asylum, Muslims, Jews, gays and the list goes on....)

What happens next is up to you.

Did you study history? 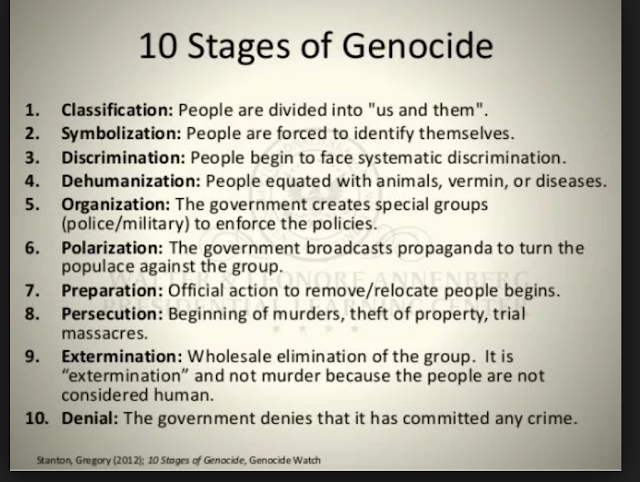 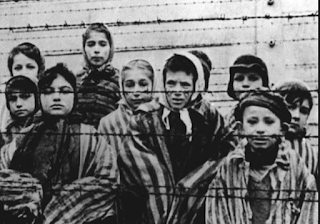 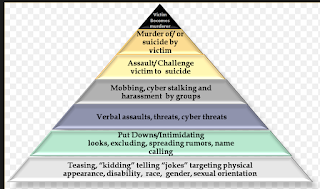