One of the best things about teaching three classes in a row in the same room is the time we have to talk between classes, and today I'm on fire about what I've found in my research and I can't help but sharing things like how few violent deaths I'm finding.  We discuss causes of death on the Texas frontier and deaths in Pennsylvania mining town, and I conclude they were both pretty harsh and teeming with first generation Americans living at the edges of poverty, working long days weeks and years just trying to get the clothing, shelter and food to simply stay alive.

A student asked me if it isn't kind of depressing looking at death certificates, and I shake my head without even a thought. No.  Each sheet is a story, each story is a life, and all together they tell a bigger story.  Drops in premature births, spikes in measles and smallpox.  One word written under race (white), then crossed out and replaced with another (Mexican); same pattern repeated on 8 of the next 10 certificates.  This is treasure.

For example -- check out the race and the date. Date = Febrero? Spanglish. Bueno. 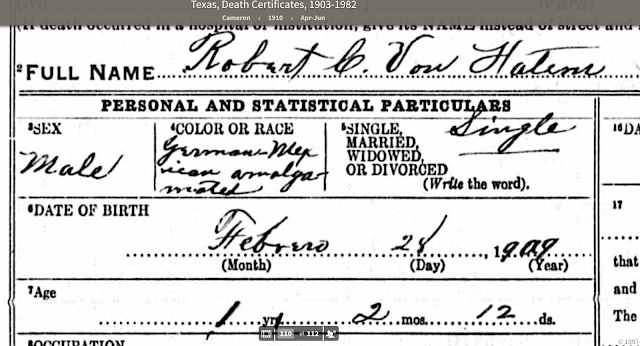 I find very deaths by suicide (more by TB, cancer and apoplexy) and very  few "Asian" names in the Pennsylvania, Indiana and Texas death certificates, so I was shocked to find this in my survey: 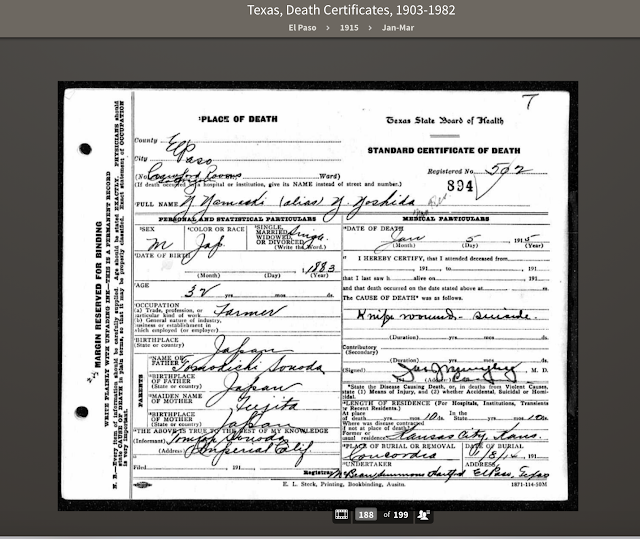 This takes me on a survey sampling 100 certificates at a time looking for deaths by suicide and violence in the Texas and I come across another stabbing and two gunshot wound:

1924 -- Paralysis and death of 16 (almost 17) year old boy (race "Mexican) caused by stab wound to the spinal column.  Coroner added "(fighting)" so that no one would think wild tigers were roaming Texas. 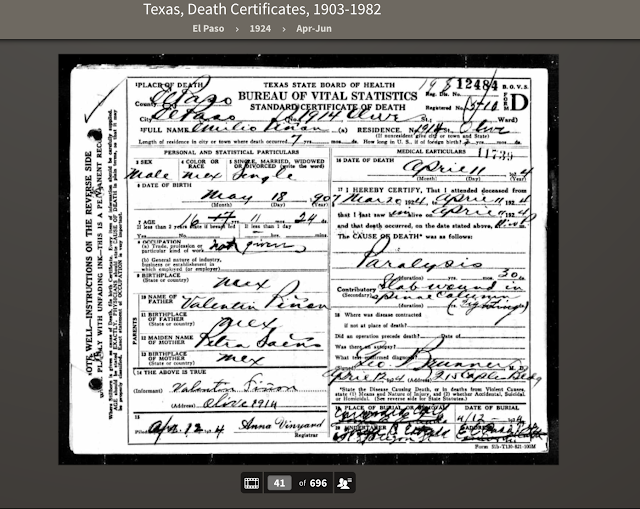 14 year old boy whose race is "Mexican" dies from being shot through his leg and pelvis. No note on who shot this poor kid or why. 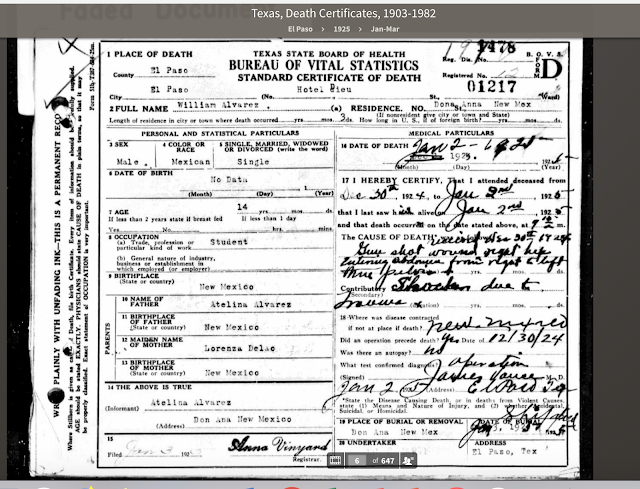 1915: Woman stabbed and murdered, 1915.
Doesn't indicate if she is married or if this is domestic violence. 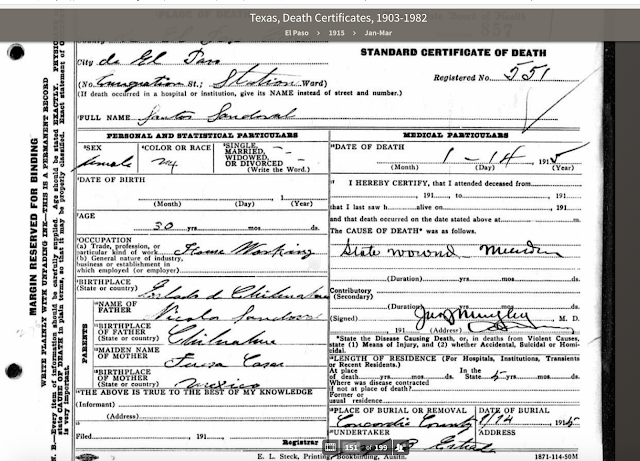 1925: This is the first drug overdose and mention of "morphine" that I found -- "Overdose morphine, self-administered" by a white man whose occupation was Hotel Man. 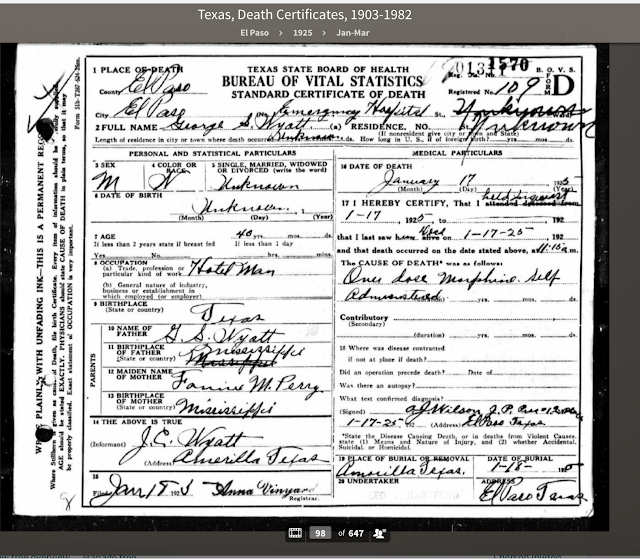 But then I found the treasure.

At first I don't see it because I'm trying to figure out if the person filling out the form is writing Spanish (they randomly do, on margins and on the backs of sheets and I love it).

I think they are trying to write wheat-cutter, or what is the name for that thing? Reaper? Scythe?

The poor guy died of cuts so I figured he got caught in some agricultural machinery and chewed up a little.

But I look again. It isn't trigo (wheat) it's tigers. 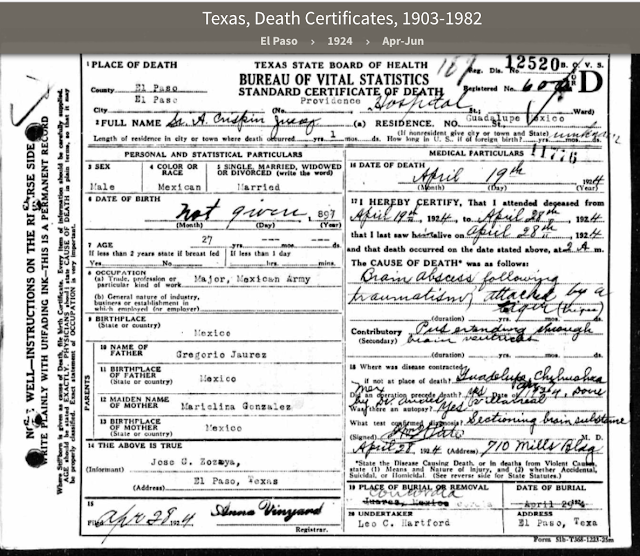 Major in the Mexican Army.

Mexico was coming down from over 10 years of Revolutionary violence that included many battles on the US-Mexican border (remember that lecture on Pancho Villa and Pershing's Punitive Mission?)

It is much more likely that he was the target of an attack by humans or scorpions or snakes, but then again there are probably some hungry Mexican tigers,

I google "are there tigers in Mexico?" and then let that answer go.

Of course the poor man was attacked by tigers, of course he was, stealthy ones that one one knows about.  Bless his heart.

I take a screenshot, write this up for you, and can barely contain my excitement to read 100 more and see what other stories are hiding in history.
on April 02, 2018