This morning I open 1955, still in the wonderful archives of Pennsylvania (not every state has such easy accessible data, thank you people of Pennsylvania) and I see my name -- Melissa -- appear twice in the first ten certificates, once as a first name, next as a middle name.

There were no dead Melissa's until now and I don't like it very much at all,  in fact it stings a bit.

I'm in this set for a reason so I dig in and click away.

No more Melissa's, but also, something else is missing.

None of the first 25 deaths are children, infants or stillborn.

This is a first.

All the deaths are to older people, mostly from lung and heart conditions (but no one mentions cigarettes or tobacco a single time on any death certificate) except for the 92 year old lady named Helen who refused to eat and just laid herself down and died. 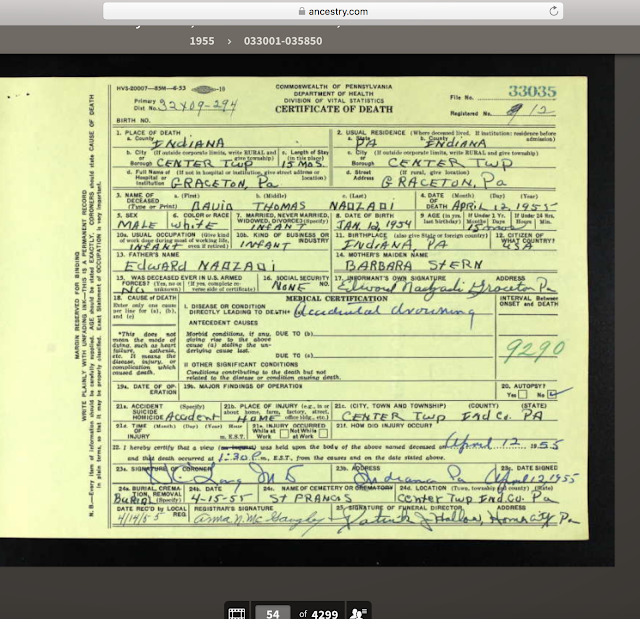 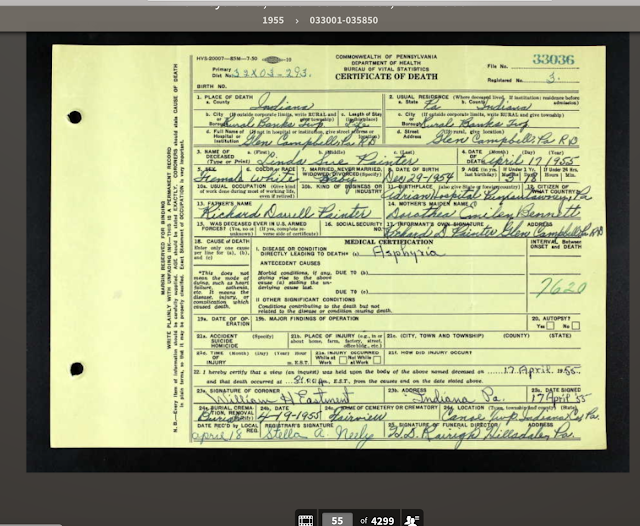 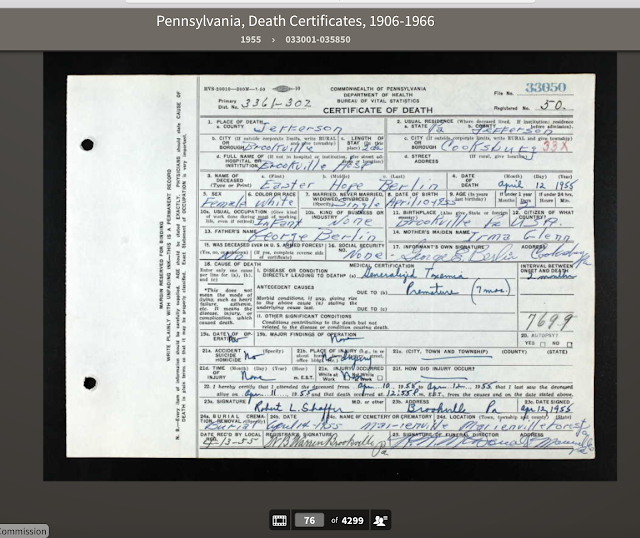 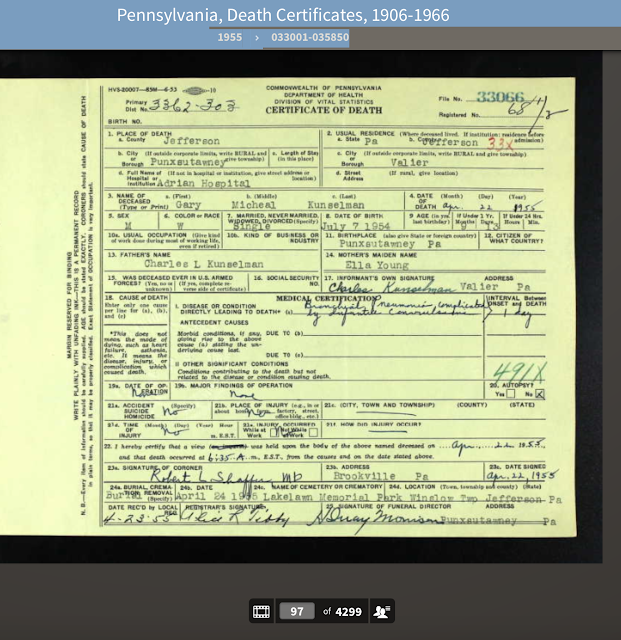 There were no deaths from gunshot wounds.

There was one 78 year old man  man mangled because he stepped in front of a train. 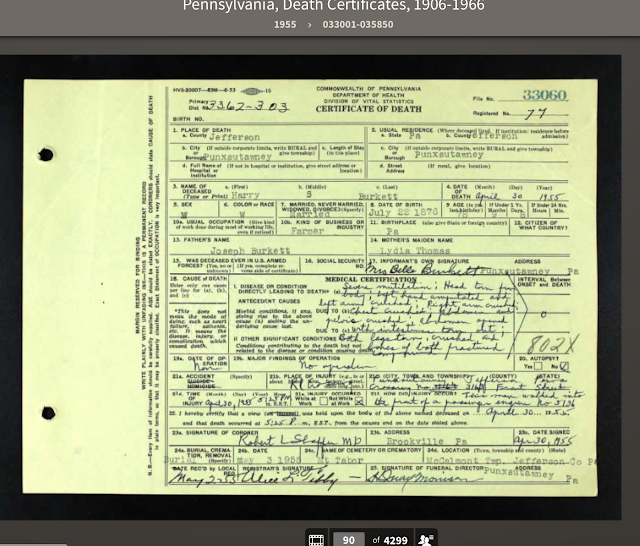 In the twenty years from 1925-1955, the number of stillborn babies seems to have dropped almost off the charts (at least in this region).

Were more people using birth control (this is before the pill, and during the baby boom)
or were they seeking and receiving better healthcare?

Were women with unintended pregnancies getting help from physicians to end their pregnancies discreetly?