Sooner or later I'm going to request the actual death certificates
for John/Gianni/Jean Soldani who seems to have died at least three times between 1860-1900.

Until then, I am lost in a garden of data, swimming in more delicious historical data
than I could have imagined during my geekiest graduate school days.

The difference between research and "ignoring your children"
is sharing the information that you find, so here is some treasure.

I accidentally found out how you can find he names of every single man living in Georgia in 1864, along with where they were born and their draft status.

You should read through this data one day -- it really shows that there were a few Georgias -- coastal cities and trade crossroads  filled with foreign born skilled workers, then less diverse, smaller farm towns populated by generations who had recently moved to the Georgia frontier from the Carolinas and Virginia. 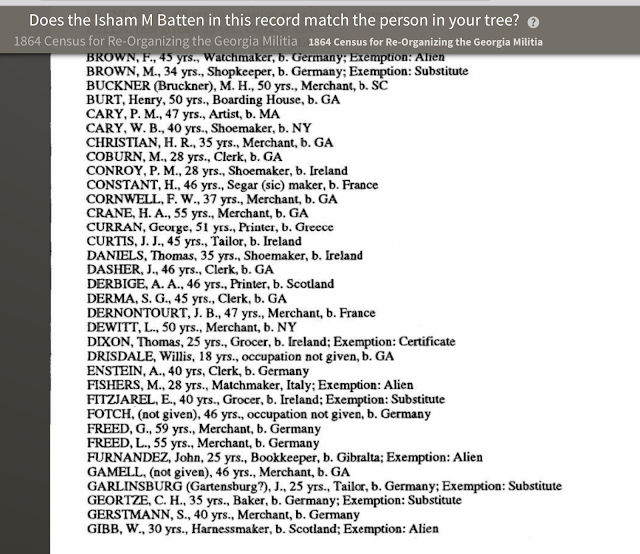 Most people die before the age of 5 (usually before the age of 1) and after 60, and usually of some lung or heart complication.
Violent deaths and gunshot wounds are few and remarkable, but I get ahead of myself.
Elizabeth Yearington died in 1910 at the age of 106.  She is the oldest person I saw in the (thousands?) of death certificates I've reviewed this week. 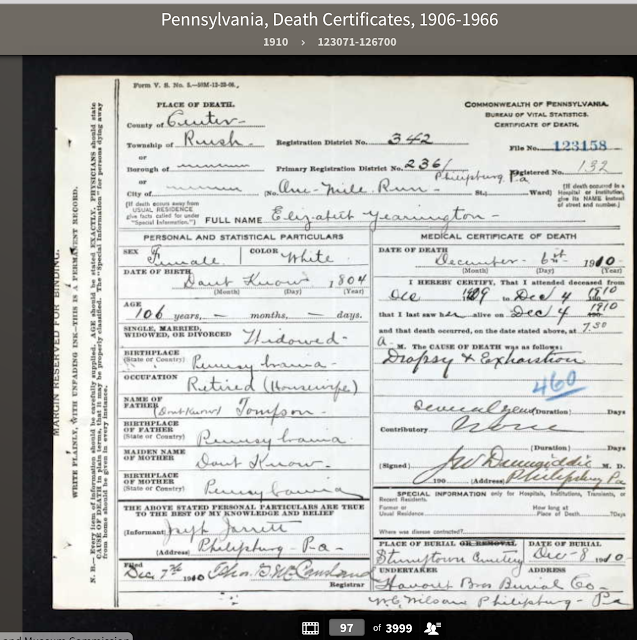 1916 Mike Lion,  measles. I'm pretty sure it says his parents were from  Servia. 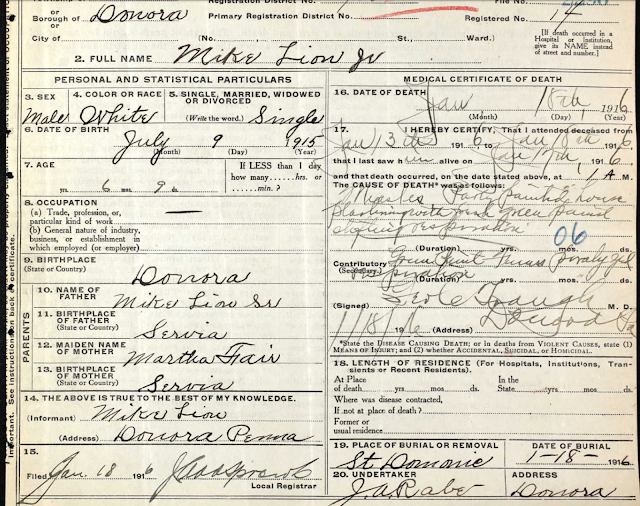 1921; Baby found in graveyard.
This is the only example of an abandoned/buried baby that I found. 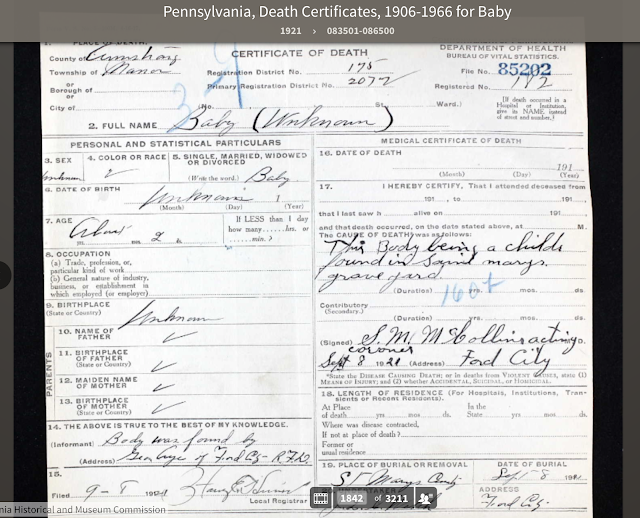 1920 this poor child caught on fire while playing at home. 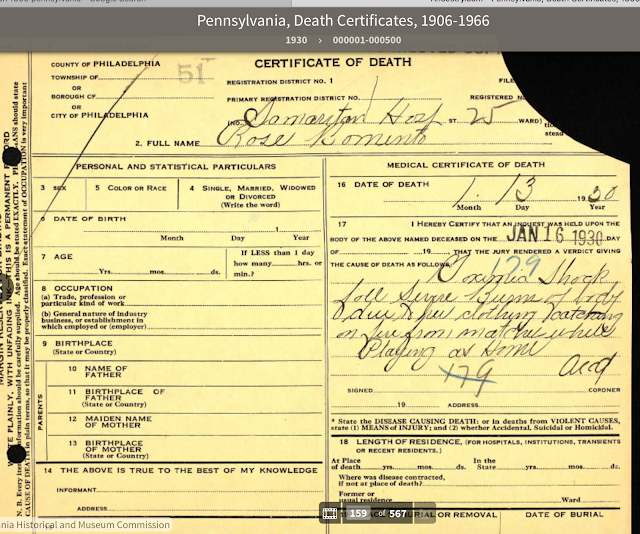 1930 Gunshot wound to the chest, 29 year old female divorced clerk.  I am shocked at how few deaths are violent --- a fall off a ladder,  being struck by a train -- while most deaths are before the age or two and/or involve heart/lung failure. 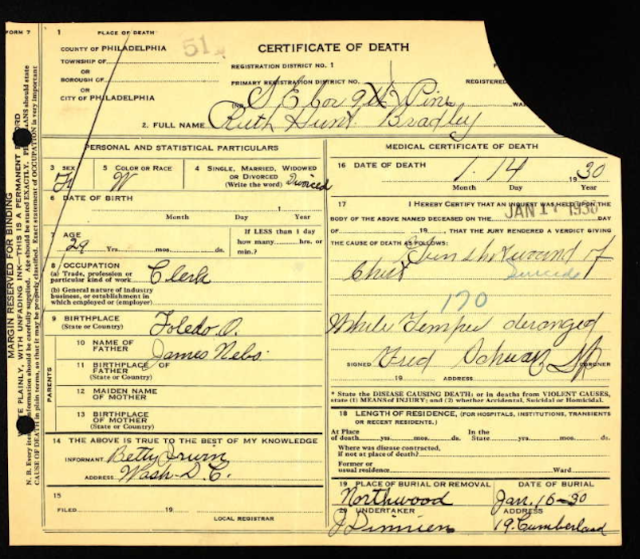 Inquest pending.  Hmmmm. Do you see why I can't stop? So I keep going. 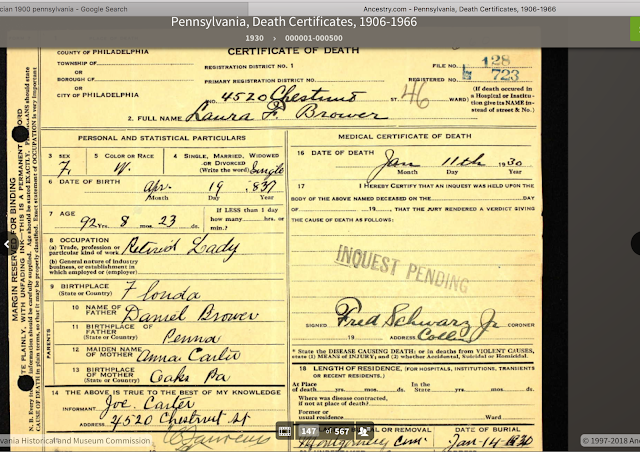 This is the first -- an so far only-- mention of "alcohol" I have seen in any of my research. 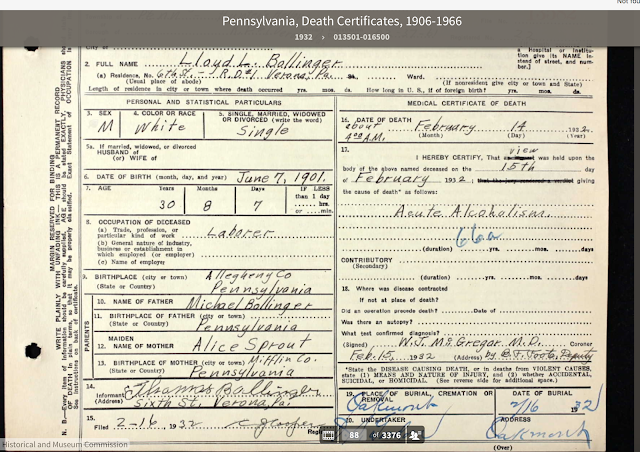 Many -- 1/4? 1/3? -- of the death certificates issued in early decades of the twentieth century were for stillborn babies. At times it is hard to tell if the doctor questions the circumstances of the early labor: 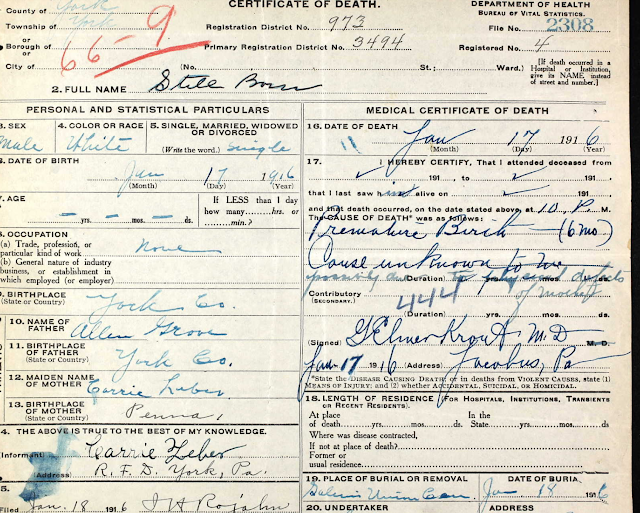 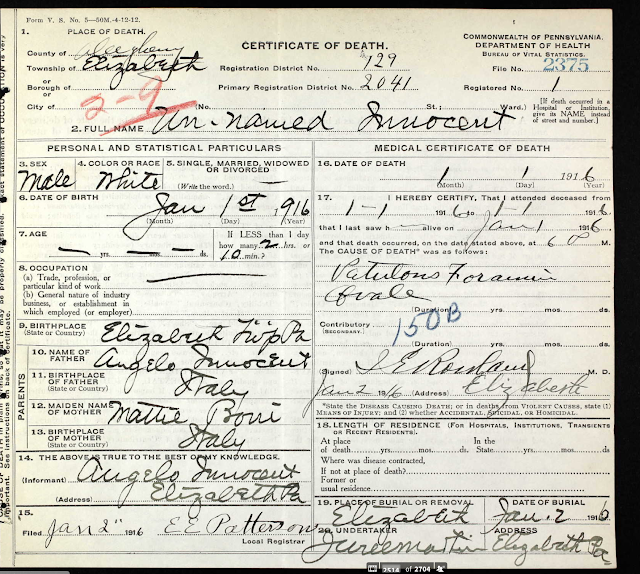 Strangest thing was note on death certificate for stillborn baby, written by doctor and signed by mother saying, "I freely agree to have (person) dispose of body of foetus for scientific purposes."

I didn't see that on any other sheet - and I haven't stopped looking for days -- which makes me wonder if something was different about this birth.

I wonder very very much what became of the mother and what the future brought her.

I wish them all peace.
I don't wish peace for myself -- I have too many more decades of files to read. 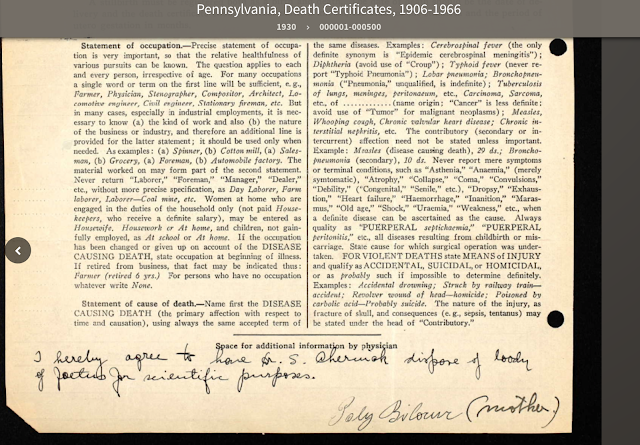