Claim Your Ancestor #7: The Increase of Rachael and Sally When it amounts to six... 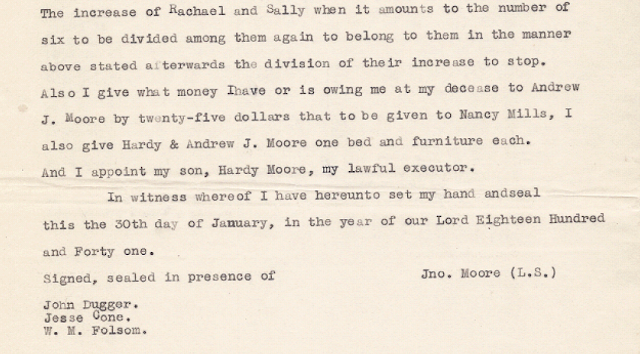 John Moore's 1841 contains the instructions that "The increase of Rachael and Sally when it amounts to the number six to be divided among them (his children) again to belong to them in the manner above stated afterwards the division of their increase is to stop."

The idea that Mr. Moore expected to be able to direct the fate of unborn generations kept me up for several nights.

25 years after this Will was written, the 13th Amendment abolished slavery and nullified Mr. Moore's power.  I cannot  expect his children accepted the reversal of fortune and wealth with glad hearts. You should investigate this.
on February 11, 2018