Actually, I’m watching TV while sitting near exams that need to be graded.  It is a show about people fixing up houses and I just want to watch it all the way until the end and see if this mess becomes a home.

It’s hard to tell if these particular people are especially stressed by logistics of demolition and construction or whether the TV cameras and production crew are making them nuts, but they are cracking under the pressure.

They spent way too long on decorating projects and are especially stuck when trying to install a single wooden shelf in an otherwise empty room.

“Oh no! Noooooo! Wait ....no! This won’t work!” One says to the other as they almost install the shelf, measure something, then halt their efforts.  They mumble at each other, exasperated, then one turns to the camera and says, “We need a 2-foot board.  I bought one that is 30 inches. It just won’t work. We don’t have time to go buy a new one. We don’t know what to do.”

The show cuts to commercial with a big truck landing in something and splashing water at camera and I turned the TV off.   I hope someone helped the poor people figure out how to use a saw.

But first I have to get the answer to a question that I don't know how to ask. 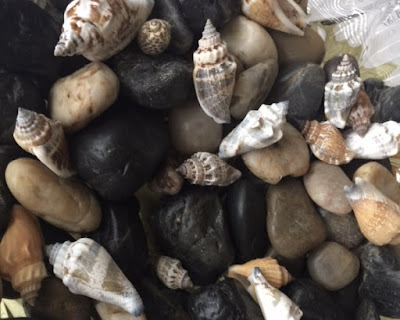