Summer School 7: Looking for patterns of events across time

On Wednesday we wake up to news of a fire in London followed by news about a shooting at a Congressional Baseball Practice.
I silently hope at least half my students see this shooting a little bit differently after learning about the attack on Charles Sumner.  One of my main goals is to show students that one of the skills historians deploy is looking for patterns of events across time. History doesn’t repeat itself, but events, when lined up, can make stories that seem to go in circles.
I remember to pack breakfast for Mr. D* and today I find him waiting for me in the lobby instead of in the classroom.
Before I get to the bottom of the stairs I call out, “Is the door locked?” He answers, but I don’t understand so I ask again and then I understand he was just using the lobby phone.  Your phone still lost? Yes, he nods. He’s had it shut off, which we both agree is a good thing. If I were in the position to offer him a phone, I would.
This will be fixed, it will, and I have complete faith that the universe will be sending plenty of other people to help him, so I should stay in my lane and out of their way.
Before setting up the computer I opened up Mr. D*’s food and got it ready for him.  The room is especially cold and I hug a big jacket I stole from my daughter tightly around myself.
Yesterday was my day of grieving, today is better, he declared. I agreed but added when you love someone you grieve them always, so don’t get cocky. He laughed.
I asked him something I was dying to know. When you were in the kitchen working, were you the guy singing all the time?
He laughed. Yes, that was him.  He still gives off that energy.
Mr. D* hands me papers with recipes and I put them right away and ask if he’s been reading any of this.  No, he doesn’t have a computer.  I shake my head in disbelief and go off to turn the computer on, projector on, and put the files out. He honestly hadn’t used a single computer until he got here, until he was 60 and he was quite proud of himself.
At that point another student walked in the room wearing a tank top and shorts. The blast of cold from the room startles him and we laugh.  Did he want me to get him a scarf from my office? He said yes and I brought him it and even though it was three seasons out of style I do think he wore it quite well.
Wednesday’s lecture covered the Civil War through the Compromise of 1877.
I describe the military strategy of both sides, their strengths and weaknesses, along with the toll on civilians.  We cover the NYC draft riot, and place it in context of racial and political violence. The fighting of the Civil War “ended” in with the surrender at Appomattox on April 10, 1865, but Union troops remained in 5 military districts created out of the former confederacy (except for Tennessee which became a state in 1866). 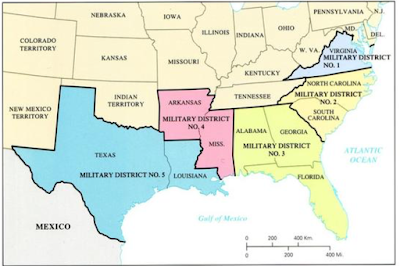 When the electoral college was deadlocked-ish and disputing whether several former-Confederate states correctly counted their ballots (yes, I’m looking at you Florida, and also Louisiana and South Carolina). Congress created a Commission who voted on things, but ultimately the group was 8 Republicans and 7 Democrats so the COMPROMISE was that the Republican candidate – Rutherford B. Hayes -  received the disputed electors in exchange for the promise to remove Union troops from the former Confederacy.
So while I’m lecturing over all that (which, in real life, took 50 minutes) I see things.
First of all, Victoria apparently has a salad on her desk and it seems to have white dressing and if it’s been out the fridge on her desk too long I’m worried that it’ll make her sick. I don’t stop lecture and say anything, but I want to. It takes everything I have to tamp down my distracted voice. I continue.
I notice that a student in the back is twisted completely around asking someone something and I exhale and continue with my story. We are 7/8 done with our summer school semester and after all these lectures I have to trust that students who have questions for me will ask me, otherwise I leave them alone and focus my storytelling on the ones who paying laser attention because honestly not a single one of them knows who wins this election of 1876 until I tell them.
I notice one student sitting next to another student and I am pretty sure this is the first time all semester they have both been there at the same time because they each usually sit alone at that 2-person table. Today they both look a little annoyed at having to share.
I notice Mr. D* falling into a coughing fit – he’s had these before – but I have no water, no tissues, nothing to offer except distraction. While I am trying to not look at him, I notice what is going on with his socks.  Today he has white socks under black sandals (a true college student thing, y’all), but the markings of where the heel and toe should be are all twisted and it looks uncomfortable.
When lecture ends a few students come up with questions about tomorrow’s dinner at Veteran’s Village. I answer quickly so that I can help Mr. D* get his stuff in his backpack and put his backpack on.
Can I help you fix your socks?
He says please and I stoop down to try to twist them while he holds his frustrating left hand up and says “It’s not easy putting them on with this going on…”
The socks are stuck and won’t move. They’re wet. Do you want me to take them off and throw them away?
No, they’re my last pair.
Do you need more socks?
He says yes. Underwear, socks. He’s out.
I nod my head and make my plan.
Making that Beef Wellington according to the recipe would easily cost $30, but would do nothing for Mr. D* right here, right now, right in the beginning of the best part of his story when needs other things much more.
(continued)