Our Last Trip to Cuba #11 Swimming to America

A chain of interior rooms link into each other separated by brittle doors. I don’t think there has been any new furniture bought for this place since before WW2, so even though I’m trying desperately to find a hiding spot I can’t help but stare at the woodwork on a fat antique armoire.
Barbie calls my name again and again as I race shamelessly past groups of adults who seem quite pleased to not have to struggle through another conversation with my pained Spanish.  My real problem isn’t language, it’s culture; we are trying to get to know each other, trying to build bridges of family and friendship across a Cold War frontier, and it’s hard work. The topics are so narrow and broad and personal and specific and generic they exhaust me.
After giving up and then starting again and then giving up and then starting again, Barbie finds me in my prime hiding behind the bathroom door. She’d walked by me five times and never looked, and only ONE of those time did I think to shriek and stomp and scare her but then I thought I might be representing “Americans” so maybe I should take it down a notch.
Follow me, I whispered, but she didn’t follow me so I repeated it in Spanish, tiptoeing away from some invisible predator.
Barbie tiptoed with me past TiaLourdes and the circle of woman surrounding her, past the old black and white TV, all the way to  the living room. 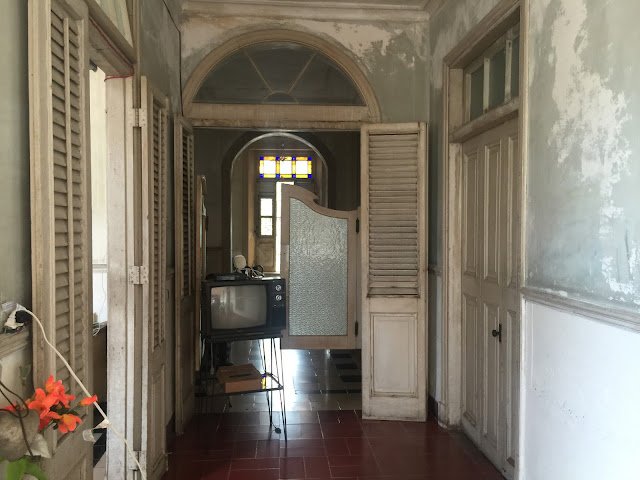 Once we got there she looked at me like “now what?” and the best I could think of was to sit on the floor and look for things to play with. 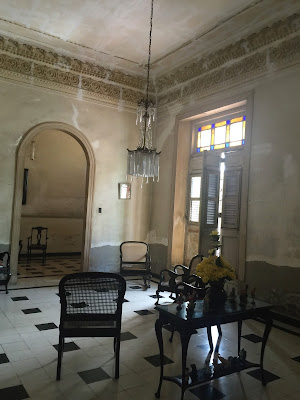 I found a tiny boat and little tiny rabbits and a pair of wooden deer neatly living on the bottom of a side table.
Its hard to tell if they are new or old, but they are perfect and delightful and I pick a tiny animal up and put it on a boat and motion for Barbie to swim with me across the floor. 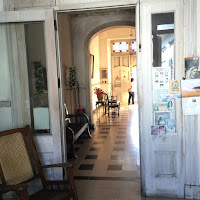 We swam and we swam until we delivered all the animals to safety in America. Just kidding. We moved them to another table and when we arrived at THAT table I found something.
On our first trip to Cuba (2012) everything was treasure, every moment was story worthy, and at the end it came together to make a fun book to write. The highlight of our second trip was being handed treasure straight from heaven, a gift from an angel. I didn’t know what the point of this trip was going to be yet, but I knew when I saw that sparkly something that it was waiting for me and I knew there would be a story.
I pretended to feed the sparkly rock to the tiny hungry deer and rabbit. Barbie did the same, then I returned the treasure and we swam swam swam all the way back to safety.
Minutes later Barbie’s mother was calling her to put her shoes on and come say goodbye.

Soon after all the hugs and that stuff they were gone and moments later Daniel arrived.
on October 18, 2016

Email ThisBlogThis!Share to TwitterShare to FacebookShare to Pinterest
Labels: 5 Days in Cuba, My Last Trip to Cuba, No Island is an Island, Perpetually Cursed with a HUGE Imagination, Tales of Being Sneaky and Getting Away With It
Newer Post Older Post Home