The Perfection of Yoga
by AC Bhaktivedanta Swami Pradhupada
**************
My bucket list is short.
Three things.
Two are so precious I hardly whisper them to myself or even in half asleep prayer out of fear they come true too soon and ruin me with tidal wave of happiness forever.
The third is less secret and the lowest hanging ripest fruit on my wish tree.
I think about it, I try to live it but I don’t talk about it, which I believe is a big part of practicing it.
So imagine my shock and surprise when THIS student gave me THIS book.
First thing you should know is that this book comes from the class that originally only gave me one book for the first deadline and is the reason I said I'd extend the deadline, determined to shake books out of these students.
Second thing you should know is that when the student whipped the book out of his backpack and tossed it to me (yes, tossed it, yes I can catch, most of the time) I held it up for the class and they snickered.
I couldn’t help it, I laughed too.
This book is more like an envelope than a book, its more like a brochure or a pamphlet than a monograph, but OK, I’m open to whatever the universe sends.
That’s part of the game, right?
As he settles into his seat I ask across the room and over the murmurs, “Did you read it?”
He shook his head, “no, but you said you’d read whatever we brought and this is the only book I had to give you…”
“You gave me your ONLY book?”
He smiles.
“Did you buy it?”
He shakes his head, “It was free…”
The class giggles again.
“So the universe wanted me to have this book so badly it threw this book at you, deprived you of all other books, then compelled you to give it to me? This is fantastic. I’m going to read every word.”
I thank him and the class giggles at our exchange.
We are only in the second week of lectures and still getting to know each other.
This book isn’t for everyone.
If you didn’t already understand the topic, the context, the bigger picture and the basic texts being referenced, this book would be a crazy mish mash of quotes, pictures and a catalog to order more free catalogs from this (….group? Cult? Religious movement? Corporate publishing house?) that aren’t free if you actually order them.
To summarize this book, if it is possible to summarize a summary, I’d say this book was written in the 1970s to tell people that yoga is more than poses, that it is a path to…. Well, you’ll see. I’d hate to ruin nirvana for you.
Since I already know that yoga is so much more than poses, so so so much more, this book taught me very little I didn’t know.
The writing is pedantic and choppy and targeted at people who already know a lot but then don’t seem to know the RIGHT things and if you didn’t already like this topic you’d find this brochure-sized book more tedious to complete than the entire Harry Potter or Left Behind series.
The best part of this book is the illustrations representing the emotional connections with the universal supreme that we can all have, all the time.
I'm thankful.
Namaste. 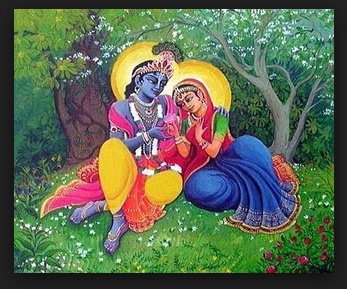