I try not to judge and label but when I look back at the last two weeks I wouldn’t say that I’ve had a “good” relationship with my computer in general and I’m not pointing fingers but specifically with email.
Nothing seemed wrong. I answered email like normal – mostly quick but sometimes chatty responses. I’m sure you do the same. Yes, no, it’s on Blackboard, yes I am in my office, can I talk to you about something, sure I’ll get those numbers and what do you think about….?
By the weekend I noticed no one was responding. Spring Fever is a real thing here on the Florida-Georgia border when every now and then the sun shines strongly and people stand still enchanted by her warmth.
So I checked my sent file.
Nothing.
Nothing?
I couldn’t handle that, so I read another book. And another.
Just in case my blogs got lost in internet space just like my sad emails, I wrote up book reviews and bits and pieces of stories with a blue pen in the legal pad that lives in the buttery soft Coach leather folio that my Mom gave me for Christmas whether she meant to or not. *Thank you Mom ;-)
For a week I went back and forth with the college Helpdesk.
Try this, how about that, is it working now. Actually, it was working fine. But I didn’t trust it, and weird things happen when you stop trusting your laptop.
All this time I kept thinking I had to email this one person and let her know about my 100 book project. She’s a book person, she will love this, and I just really want her blessing, her guidance, her synergy, like if the two of us worked on this it would triple in size.
Then on Thursday of the week with very bad email I was on my way to a meeting about this 100 book project when I almost collided into her.  She was coming out of a meeting right next door from the office I was entering.
If this were one of my books I think the best authors would put a graph here, showing how two points intersect, brought together by forces seen and unseen. The universe is understandable and mysterious like that. 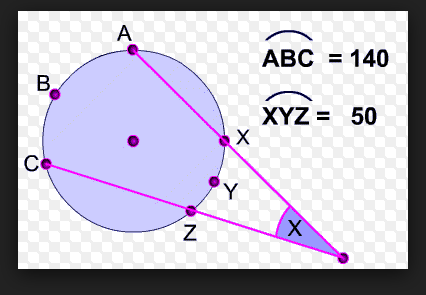 Aware that she was hurrying off there and I was racing in here I talked as fast as I could. I’m reading all these books, I’m learning so much about my students, about the world, about books. And I see what books they aren’t assigning and it’s awesome.
We plan to make plans, smiling at how easily fun things come when you just make room for them when they appear.
The meeting I was headed to went well. We are both wearing Fitbits so I suggested we stand and march while talking.
(I did not yet know, but now I know and wish I didn’t, that my fitbit tracks scratching my back with a fork as taking many many steps. It also counts pumping my arms as though I'm running as running, even though I'm in the Dunkin Donuts drivethrough -- Clearly I am smarter than this thing...)
She shows me forms, I say yes, OK. I understand, I have to write something and there’s a deadline.
We toss this idea, catch it, spin it and toss it back again.
Minutes later BAM a great idea comes out of it, a student-building, community-engagement project bigger than either of us and better than the story of a professor who read 100 books her students assigned her. Yayyy.
Instead of writing up the project right away I read another book. And another.
So finally on the Friday before Spring Break I had time to spend with my Mac and the tech guy, asking questions about this and that. Before he could even sit down I pointed at something he’d left in my office two weeks ago.
I don’t need that charger, it’s for some netherworld with crazy inside-out outlets.
He laughed and showed me how it disassembled and connected into the part of the charger I was already using, extending the cord several feet.
I would never have figured that out in a hundred years, thanks.
Then as he sat into my chair I pointed out one thing. Ignore the patch over my camera. I got skeeved out by this show where they turned on people’s camera’s remotely.
I dare them to do that to ME he answered and said he’d make them PAY. We laughed.
You wouldn’t KNOW the camera is on, that’s the point, I tell him.
It’s a Mac. The green light comes on, he counters.
The green light comes on, I repeat, knowing this, KNOWING THiS and wondering why I forgot it.
We take a moment of silence and move on to the Mac.
Apparently I have the oldest macbook pro ever made, and the fact its going strong is testimony to how awesome macbook pros are.
But I can’t update it to the most recent operating system, which makes me feel locked out of a theme park.
It’s better to concentrate on what IS than what ISN’T so while he downloads this and that and all sorts of cool new icons pop up, students come in and out of my office to discuss the Enchanted Window Project.
One student asks for clarifications and admits she hadn’t started yet but now she knew what to “do.”
Another student  - a student soldier who will be missing precious weeks of class to go do his training that pays for his classes -- comes in with his project mostly done.
He asks if it was OK to make it look like a real military report.  Before I can answer he shows me what he’s done.
It’s beautiful, with a US Army seal across the top.
It exceeds my highest expectations by about 100% and I want to declare him the winner of this game right now, but only rookies blurt things like that out, so I find what’s missing.
Make sure to write about your sources, its crucial that other people doing research know where you found this info so they can get it too and build on it.
Off he goes, and I go back to watching download after download on my Mac. We make small talk about the 1990s, about people needing to clear their history, and about whether Kia’s are really a good idea in general.
Then another student comes in.
He’s not from this semester and he didn’t give me a book, but he’s a reader, a thinker, someone who quickly puts things together and pulls them apart and finds meaning.  He asks if I made up the Enchanted Window, perhaps raising one of his eyebrows as if to say its time to discuss whether you’ve gone crazy.
We stand up and I show him what’s been in front of us all along. There, the landing strip. Free French. Tuskeegee Airmen. Chinese officers from the government that loses the revolution. German POW’s.
He gets it. And he doesn’t say it but I think he thinks he’s glad to not be in my class this semester because some of them are going to be writing a LOT, and writing is not for the feeble hearted.
on March 09, 2014