Drunk Gummy Bears and the Spread of Communism

The Cold War that has broken out in my house is my fault and I take full responsibility.

I took my beautiful iPhone out of the thick rubber bounce-house I'd encased it in for over a year.  Without all the plastic it was half the size and so much prettier. The screen felt better, the phone fit in my wallet better, everything went well.

Until the day I walked by the spot my iPhone was charging and hit the cord and OH for a few seconds the phone was airborne  and I thought I could dive and catch it but actually I winced because too quickly the flight crashed with a decisively loud smack-bam on the ground. I found it face down.

Pieces of glass were missing from its face.

Long cracks splayed themselves across the glass like instant age lines; it was the same phone but it looked like it had aged 100 years.

I kept using the arthritic iPhone  these past weeks even after the one day I held it wrong, forgetting to guard myself against the 12 separate bayonettes of glass that jut from around the gaping holes, and tore a big gash in my finger splattering blood all over the faceplate of the phone.  Since then I've dropped it a few more times, never intentionally (of course) but less apologetically.  It still worked, we still needed each other, and a small truce was signed that held up well until Halloween night.

Last week I asked around about how to make vodka gummy bears (follow me here people) and was told all I had to do was pour vodka over gummy bears and viola there would be a new creation.

If you've ever taken Mardi Gras beads and melted them into cool projects, or if you've lined up crayons on paper and shot hot air from a blow dryer at them and watched the waxy colors blend and melt you'd recognized the same pattern in these melted drunk bears.

Not knowing what else to do I reached for my iPhone to take a picture of the drunk tank on my counter. It was hard to get at just the right angle to see both their transparency and their gelatinous drunkedness so I put the phone right over the bowl, very close and then it jumped right in.

I can't blame the phone for wanted to join the party but I really needed to take this picture so I fished it out and then mopped the sticky vodka melted gummy guts it off with 10 papertowels, then returned to the bowl to finish my mission.

As I check to see if the post has gone through I see a darkness creeping across the screen from the cracked area of the phone, the part of the phone that probably convinced the rest of the phone to jump into the gummy bowl, the cranky troublemaking side.

An hour later the darkness has spread across the face of my iphone like communism across Europe. 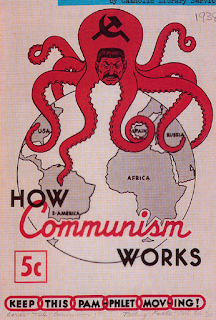 I don't know who to call (Churchill? Truman? Stalin? Steve Jobs?) but I do see my awesome iPhone still works, so I still have it.

Halloween has passed and now we are into November and I have yet to make a move, continuing my Cold War against the phone. Maybe the phone will attack me. Maybe it will jump again. Perhaps it will do nothing and stay exactly the same and we will peacefully coexist separated by the Iron Curtain of the iPhone faceplate.

Meanwhile, don't tell my iPhone but the gummy bears are chilling in the refrigerator, perfectly happy and blissfully unaware of their (unphotographed) impending doom. 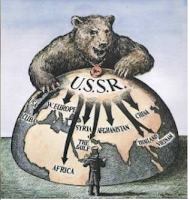 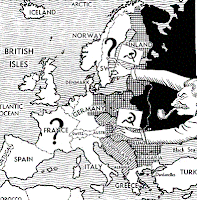