5 Days in Cuba (46) Almanac (39) Dancing Awkwardly through Motherhood (156) Enchanted Window (491) Legend of the Laughing Yoga Frog (113) Marvin's Book (160) Pandora's Safe (62) professoring (1079) Ransoming David (23) SummerSchool (90) What if women (1) WW3 Memoir (57)
After spending hours these past six weeks tossing and turning around the house looking for my writing spot, I finally found one - standing up at the kitchen bar.  Maybe it's the freedom of being able to literally step back, pack and come back, or maybe just the view of a clean kitchen, but I've been hard at work and the manuscript is dead-on deadline and will be ready on time.

Today as I plugged my laptop in and unpacked my wireleass mouse and moved cords to set things up, I made sure to look around for anything I could spill.

Nothing on the counter.

Five minutes before the bell rings, Zack and I are standing outside his classroom.  A father and son walk up the sparsely populated hall carrying cupcakes and some sort of round holder.

Zack lights up and proclaims, "Hooray, you brought the frog back!"

Under my breath I ask the father as he slips by while I hold the door open for him, "Yes but is it the SAME frog?"
Email ThisBlogThis!Share to TwitterShare to FacebookShare to Pinterest 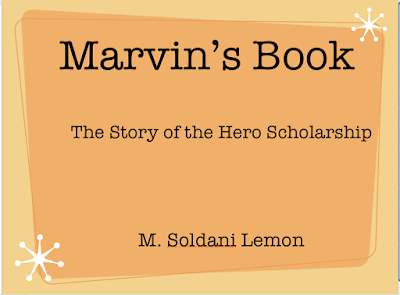 http://laughingmelissa.blogspot.com/2006/12/today-we-became-generation.html
Email ThisBlogThis!Share to TwitterShare to FacebookShare to Pinterest


I was home with baby Zoe pretty much all the time except the few hours I taught one History class that met at night on Tuesdays and Thursdays.


On this particular Tuesday morning I took Zoe to the pediatrician for her 9 month check up.


Everything went beautifully and as I pulled out of the parking lot, I called Chuck let him know appointment went well.


He answered the phone, "World War 3" -- so I hung up on him because I hate it when he answers the phone in fake voices or saying crazy things.


A minute later, when he didn't call back, I called him again, and again he answered, "World War 3!"


I hung up on him again, annoyed at him and also at trying to take a particularly tight left onto Betten.


A few minutes later, he called me back.


I told him Zoe had a great check up and he asked if I'd seen the news.


No? You're kidding he said, you have to see this, YOU of all people. America is under attack!


America is under attack? I asked, say, repeating his words while looking into the backseat at happy quiet Zoe.


I don't remember asking who was attacking us or why, and I didn't think at all to panic on the drive home.


I didn't turn on the car radio because I wasn't ready to hear what was going on (yet).


The rest of that day I was glued to the TV and the phone and email because students were tracking me down to ask if there would still be a quiz that night.


I didn't have a quick answer for them - I guessed there would be because I hate moving quizzes and changing published dates.


Students said they couldn't study, they were afraid to come to campus, that they were  too distracted by trying to find brothers and cousins and best friends in New York.


I didn't know what to do - I'd never even imagined a day like this. I grew up during the Cold War -- the best I could do was sing a little "Duck and Cover" which, it turned out, didn't help us much during this particular attack.


TCC's campus closed that afternoon, so my quiz was postponed.


But those hijackers didn't hijack my semester; we dove into American history deeper and harder than any semester before.


Since 9/11 there have been more opportunities to show kindness and neighborliness; since 9/11 there are more flags, and more parades.
Best of all,  9/11 I've had the pleasure of seeing more Veterans in my classroom than before -- prouder, younger, and more visible  than any group of Veterans to roll out of war and into college since WW2.

The only time fear has crossed into my life since 9/11 was a few weeks after 9/11 when I was flying with Zoe.

She was almost a year old and barely able to stand, so I carried Zoe with me through the airport electronic screening.  The metal zipper on her footed jammies set off the beeper and so they needed to go over her body with that beeping hand-held wand thingy.
The whole beeping ordeal was starting to freak Zoe out, so she was crying hysterically and clinging to me.
A stern voice barked at me to put her down so they could wand her, telling me to take my hands off of her and step away.
I remember blank faces staring helplessly as I pulled Zoe's grabbing hands off me, making her cry even more hysterically.
It was all over in less than five minutes, but while it was unfolding,  I didn't feel like I was in a free country -- for a few minutes I didn't *like* what I thought America could become.
When we boarded that plane I let all my fear and anger go, because I love this country. I study US history and foreign policy professionally and tell stories about her compulsively and passionately -- including one where I hang up on World War 3.
Email ThisBlogThis!Share to TwitterShare to FacebookShare to Pinterest
Labels: *Love*Letters*, *My Favorites

This semester I added a new question to my Unit #1 Pretest.
After asking “Who is the Commander in Chief”[1] and “Name 5 countries in Asia”[2] I asked the students something they weren’t ready for.
“#24: Tell me what you’re great at*
When a roomful of fearful eyes darted up from the page, I explained I wanted them to imagine me calling people who know them and asking that question.
A few students winced, so I continued, “For example, if you won the lottery what would you DO for fun that you’re already great at?”
A student blurted out, “Well I wouldn’t be HERE!” and a few others laughed along.
I didn’t laugh. I stopped cold and lost all my bouncing Tigger energy. “Oh no! I don’t wish that for you! I want you to be happy, now and always, like I am!”  I told them I taught my heart out as a graduate student for $1000 a class just as hard as I teach full time now.  And if I won the lottery tomorrow, I’d STILL be teaching here, same classes, same students, same attitude (cuter earrings), because every single day at my job is fun.
The class stops and everyone looks up, because this whole “life thing” sounds serious.
I remind them that life is supposed to be fun. FUN FUN FUN.  Too many of them look at me like I’m crazy which is a problem because it’s early in the semester and I’m still doing my best to not look crazy.  I have to concentrate on “composure” more at the beginning of the semester than later, with a CNN-crawl through my head saying HEY! don’t throw pens HEY don’t trip over your feet, HEY! don’t wear the same outfit twice in a row, HEY! don’t lose the wireless mouse.
While I have their attention (and also because they’re taking a test and they don’t know the next question so they’re literally hostages) I tell them about H* from last semester who came to my office for advising.
While we discussed his major, H* told me he knew he could find a job after graduation with the state, and it would be steady work.
I asked H* if he’d LOVE that job and he laughed at the question, shooting back, “Dr. Soldani, not everyone can LOVE their job like you do!”
When the shock of his statement rolled past me I told him I wished better for him, I wished for him a life that brings fulfillment and joy.
Their answers to question #24 by the way, were beautiful. Across three classes my students candidly shared they can (among other talents, I’m sure) hunt, fish, sing, do hair, fix cars, build computers and make other people feel included.[3]
The fact I think I have the dream job, and get giddy at work sometimes bothers people.
The other day I got to class 10 minutes early, ready to set up.  Another professor was still there, having a serious talk with a concerned student.  I erase the board and find a place to put my stuff.
Then, I guess I swirled around like Snow White because she stopped talking to her students and said, “Did you just swirl?”
I caught myself and felt my hand against my long favorite peach silky dress.
It was possible I just swirled, but just in case, I did a nice twirl and told her I was so happy to teach Reconstruction I couldn’t contain myself.
She told me to get my head checked, which was funny, so I swirled and twirled again and soon enough I was off telling stories to another class, positive I have the dream job and wishing the same for all of them.
[1] About half the students answered it correctly;  guesses included Condoleesa Rice,  “some General” and “Donald Rumsfelt”
[2] My favorite was a student who wrote “Persia, Persia, Persia, Persia, Persia”
[3] My favorite was the student who wrote (in purple pen, with round deliberate handwriting)  “People come to me for advice” then inserted another word so it read “People come to me for GOOD advice.”
Email ThisBlogThis!Share to TwitterShare to FacebookShare to Pinterest
Labels: *Love*Letters*, Professor Diaries
Newer Posts Older Posts Home
Subscribe to: Posts (Atom)